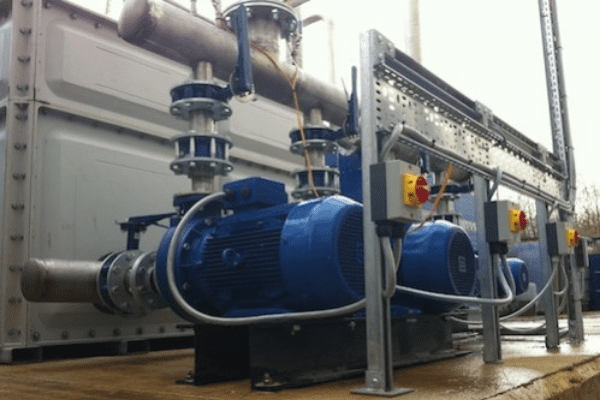 International plastics manufacturer, Really Useful Products, is enjoying a 10% increase in productivity – equating to an extra £3 million of turnover – without investment in additional machinery. This is thanks to a series of creative solutions from IsoCool which has significantly reduced the manufacturing cycle time. In addition, the process cooling specialist’s IsoFC energy saving device, which IsoCool retro-fitted onto the plant’s existing system, is set to reduce cooling costs by over £18,500 every year.

From its UK-based manufacturing site in Normanton, West Yorkshire, Really Useful Products produces and distributes a large range of innovative storage products, including plastic storage boxes, craft boxes, archiving solutions, trays and racking. The products are sold through major retailers such as Staples UK and Makro UK, and also direct to public via an e-commerce platform.

In order to fulfil demand, the site’s mould and hydraulic machines are in operation 24 hours a day, seven days a week. Historically, the mould circuit was cooled by a single water chiller with a 316kW cooling capacity, plus an air blast cooler for the hydraulic oil cooling circuit – a system that cost approximately £33,000 a year to run. So when an issue with flow capacity arose, as well as a suspected fault with the original cooling system, Really Useful Products immediately sought expert help -and IsoCool came highly recommended.

To resolve the issues, IsoCool made several upgrades to the existing cooling system, as Nigel Hallett, Managing Director of IsoCool, explains:

“The chiller had an integrated tank and pump group which was insufficient for Really Useful Products’ increased demand and expansion plans. It also occasionally caused air ingress problems when tools were changed. To solve both of these issues, we installed a weir tank and separate chiller and process pump sets, with variable speed drives on the pumps. Due to the weir tank design, air contamination is no longer a problem as the tank self-vents the return water from the process.”

IsoCool also made a significant improvement to the mould cooling system, with the installation of large process pumps. This has reduced the cycle times on the injection moulding process, making savings on machine time. Furthermore, the modular design of the new system means that another chiller can easily be added in the future.
Having upgraded the existing system to achieve maximum efficiency, IsoCool proposed an additional solution to lower energy consumption even further – retro-fitting an IsoFC energy saving device. The IsoFC is specifically designed for dual circuit systems, and works by connecting the mould and hydraulic cooling circuits through a high efficiency packaged heat exchanger unit with intelligent software. This facilitates energy transfer between the systems without them mixing.

During low ambient conditions the IsoFC uses the surplus capacity from an ambient cooling system – in this case, the air blast cooler – to pre-cool water returning from the mould circuit before it reaches the refrigeration plant. In this way, both circuits continue to fulfil their primary functions, but the load on the chiller is greatly reduced. As well as saving a significant amount of energy, this extends the life-span of chiller plant.

Based on the chilled water system working 8,400 hours per year at 85% load, IsoCool calculated that the IsoFC would lower the running costs of the cooling system to approximately £14,500 a year – saving 56% on previous figures. This gives the energy-saving device a payback schedule of just over two years. Impressed, Really Useful Products had the IsoFC installed in September 2011.

Since this time, the company has been monitoring the energy savings of the IsoFC. Thanks to a now fully utilised air blast cooler, as well as a chiller and cooling system which is running as efficiently as possible, the savings forecast of £18,500 per annum is right on track. In addition, the significant improvement to productivity means that the company has been able to increase output and meet further demand without investing in additional equipment. Delighted with IsoCool’s performance, Really Useful Products are already planning their next expansion plan project with the cooling specialists.